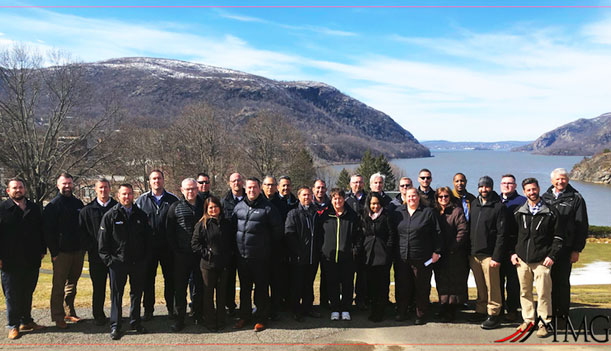 Twenty-four Senior Leaders from 5 different organizations around the country attended this 3-day Benchmarking and Planning where attendee companies where able to learn from each other and the West Point benchmark. Members of Centuri, Lisi, Habco, Electri-Cable Assemblies and Arconic were exposed to a wide array of leadership tools and character building exercises to help them gain the competitive edge in their industry by, not only improving their current leaders, but also how to identify and prepare the future leaders of their organizations. Nathan Fisher had a wonderful analysis of his time in West Point.

Nathan’s insight to what he gained from this event is exactly the goal TMG strives to achieve. The team at TMG was honored to have such a response. Nathan is a true example of TMG’s philosophy “I am a Leader. My Team Plays to Win!”

Joe Barto, Founder and President of TMG, Inc. led this 3-day leadership event. For the past 15 Years, TMG has helped translate the Military Leadership lessons and best practices to civilian industry by getting back to the basics of leadership; building Trust, setting Expectations, Team Engagement, and Training and Development. This event highlighted these best practices. “The greatest form of respect we can give our people are Leaders who know what they’re doing,” says Joe Barto, “This isn’t rocket science, you don’t need a PhD to figure this out. It is however, brutally hard work. Everyday a leader has to wake up, look themselves in the mirror and renew their commitment to being a leader and everything that comes with it.”

The final day featured Steve Spear, author of The High Velocity Edge and senior lecturer at MIT’s Sloan School of Management, who treated the group to a presentation on “Competing at Speed in a Fast-Moving World”. The basic message Steve imparted on the group was that the difference between success and failure is the level of preparation. That level of preparation depends on the rate of which the organization is capable of learning. The higher the rate of learning the more graceful the organization becomes, resulting in increased performance. The lower the rate of learning the more awkwardness you will be able to see in an organization thus creating decreases in performance.